Safari During the Months of December to March & June to October

Under Canvas mixed with lodges 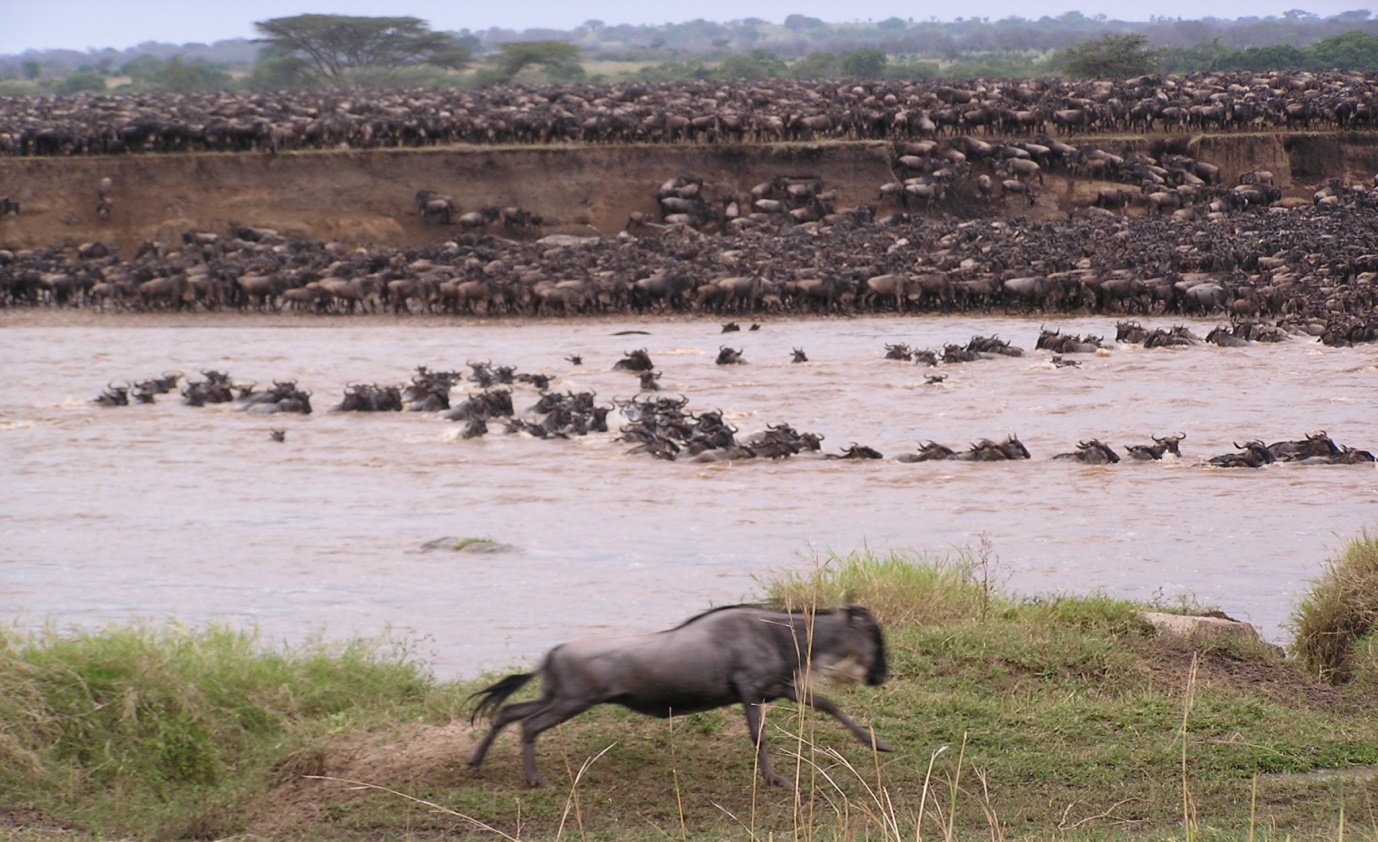 Meet and greet with your driver guide then transfer to McElies Hotel for Overnight.

Explore the park for its predators and prey till late afternoon then exit the park and proceed to Savanna Bush Camp for dinner and overnight. Here at Savanna Bush Camp in the evening you will be entertained by local African dancers.

Explore the Park for its predators and prey till  late  afternoon  then exit the Park. Stop at fruit Kiosk. Taste some exotic fruits that are grown in this fertile village situated at the base of Africa’s Great Rift Valley.

Returning to Savanna Bush Camp for dinner and overnight. You will be entertained in the evening with the Sangoma Dancers.

Drive to Ngorongoro Crater. After lunch you will experience the great variety and density of animals in the second largest Caldera on earth. The most beautiful game-drives you may experience in the late afternoon: Most of the people have left the crater-floor, the light gets soft and the activity of the wild animal’s increases. You will take more pictures of this fantastic African landscape, flora and fauna than you have ever expected.

This day is full of executions. You will depart  from Ngorongoro Wildlife Lodge early in the morning  with picnic lunch boxes and proceed to Oldupai Gorge , here you will get an introduction lecture  in this fossil site , visit the museum  then drive  through the  gorge and proceed to Shifting Sands , Nasera  Rock and  the Fig tree then proceed to Naabi Hill Gate on the way visiting Shetani Tree.

Arriving at your private camp at Kogatende Special Campsite. Here you will meet your personal crew who would have set up your camp.

Meet and greet you will then be shown to your tents, shortly dinner will be served.

These four days are spent along the Mara River. where you will have good chance to see River Crossings. You will depart with breakfast boxes early in the morning.

A vehicle will bring you hot lunch at the site you are watching the river crossing!! Returning to camp for dinner and overnight.

Early after breakfast on this day of safari you will depart from your private camp in Kogatende. Exit Serengeti National Park at Tabora B and proceed to Tanzania – Kenya Border Post at Isibanya. Where you will meet your Kenyan counterpart after immigration and custom formalities.

From Isibanya you will the proceed to Masai Mara. Arriving at Ashnil Mara Camp for dinner and overnight.

These 3 days are spent exploring Masai Mara. You have a good chance to see River Crossings as well.

You will spend three full days exploring the  Mara  for its predators and prey. Returning to Ashnil Mara Camp for dinner and overnight.

On this  day of safari  you will depart very early in the morning  from Masai  Mara  to Nairobi  via Narok. You will have a day room at Nairobi Hotel  then be transferred  to Jomo Kenyatta International Airport  in time to connect with your International flight back home 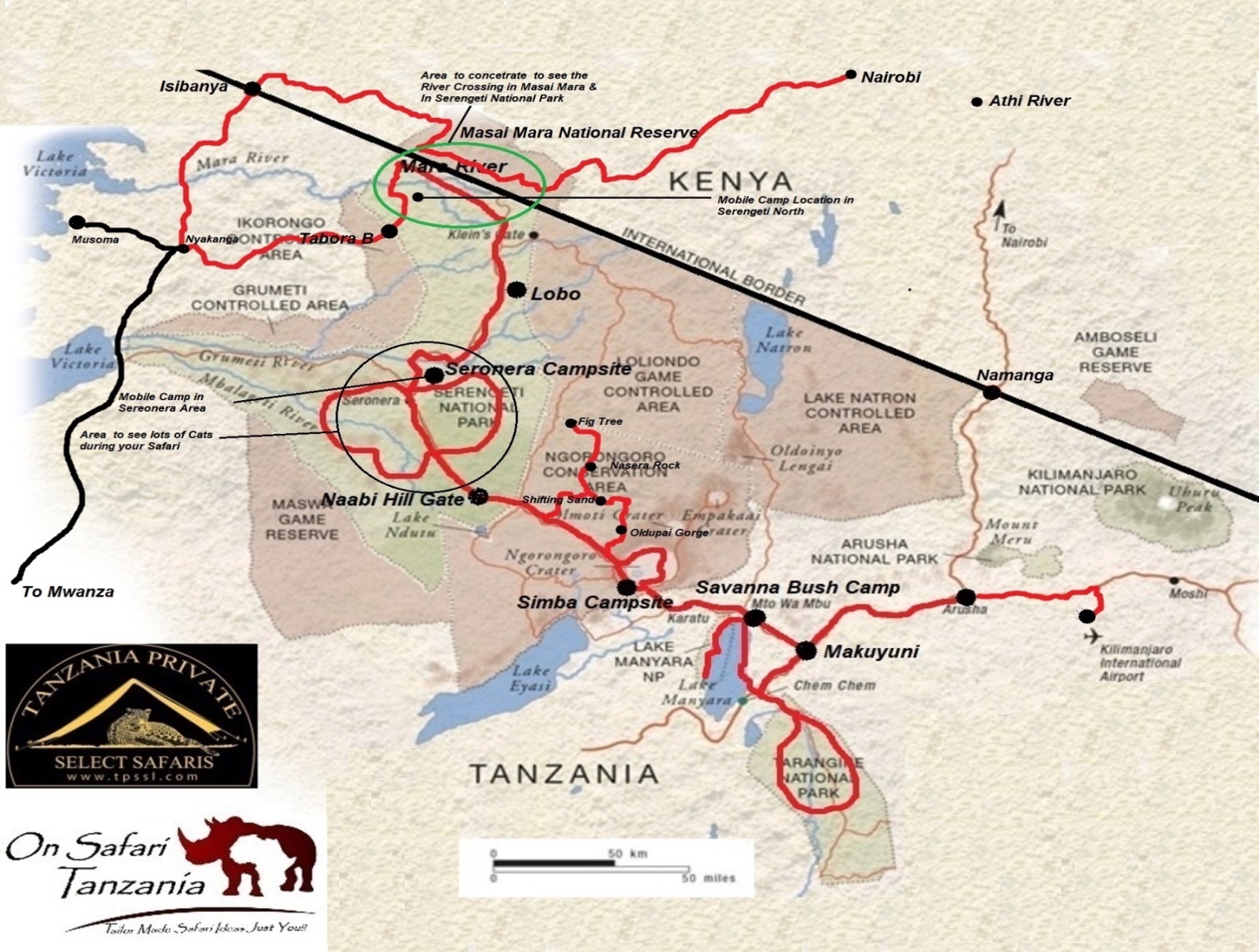