This is the month when the Wildebeests are given birth

Most of the wildebeest calves are born in just a three to six week period, generally starting at the beginning of February. The only thing we know for sure is that where it rains, the herds follow. Within a Three to six week time period, over half a million wildebeest are born with as many as      8000 wildebeest being born on the same day! 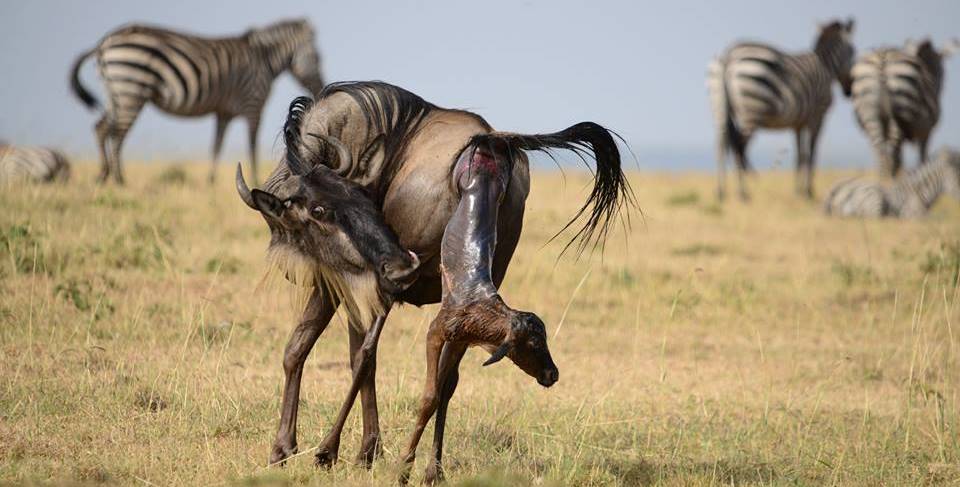 Tanzania Under Canvas – Circle of Life

Explore the park for its predators and prey till late afternoon then exit the park and proceed to Savanna Bush Camp for dinner and overnight. Here at Savanna Bush Camp in the evening you will be entertained by local African dancers. The Sangoma Dancers.

Explore the Park for its predators and prey till  late  afternoon  then exit the Park. Stop at fruit Kiosk. Taste some exotic fruits that are grown in this fertile village situated at the base of Africa’s Great Rift Valley.

On this day of safari you will depart from Savanna Bush Camp in Mto Wa Mbu, you will then enter Ngorongoro Conservation area from Lodware Gate.

Stop at the View point  to see the  Caldera  then proceed to Oldupai Gorge ( The Cradle of Mankind ) Visit Shifting Sands , Nasera  Rock and  the Fig tree then proceed to Naabi Hill gate. After the park formalities  you will then enter Serengeti National Park.

Via Game drives you will then you proceed to central Serengeti where you will meet up with crew who would  have set up the  camp  in a very special place in Serengeti
You will be shown to your tents. Dinner will be served shortly 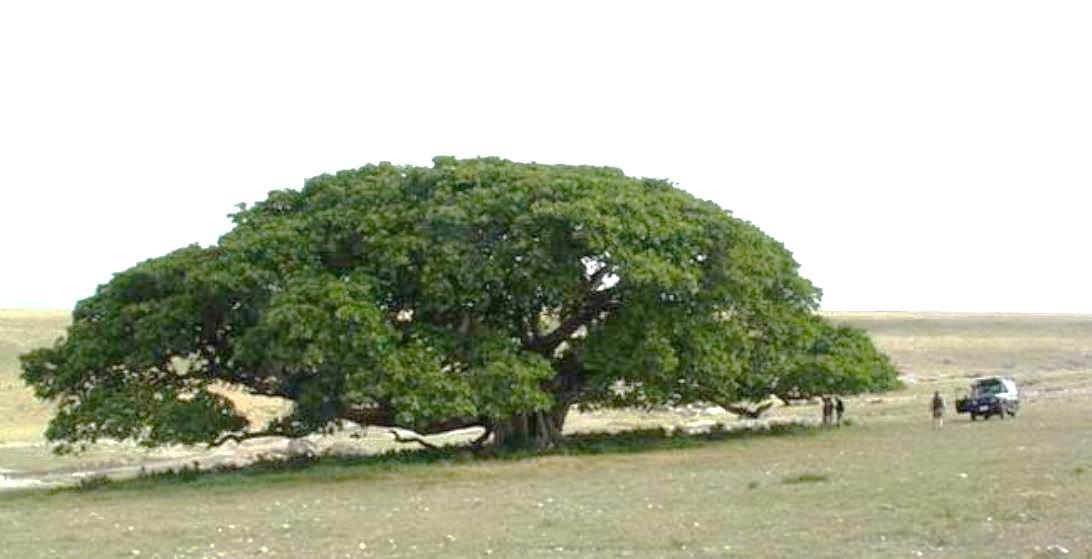 Our Lonely Friend the Fig Tree
When you park next to it!!! The Vehicle looks like a match box

These 4 days are spent watching the Wildebeest giving  birth.

Its not only  the wildebeests all the plains game give birth at this time of the year.

They are mostly at the short grass plain around Angata Kiti Plains and Gol Mountains. Returning to camp for dinner and overnight. 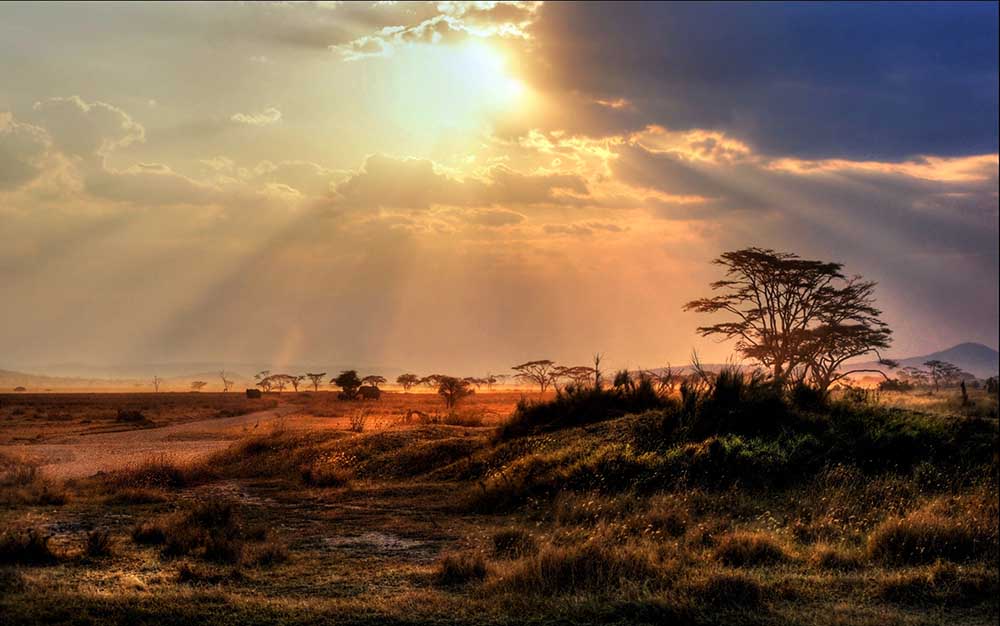 On this day of safari you will say bye to the crew and then depart from Mara River Area with picnic lunch boxes to Central Serengeti arriving at Seronera Wildlife Lodge fir dinner and overnight.

Very early in the morning of this day of safari. You will say bye to the crew and depart with your picnic lunch boxes to Ngorongoro Crater. Via Naabi Hill Gate. They will bring down the Camp and proceed to Camp in Mto Wa Mbu

On this night at Savanna Bush Camp  you will be our guests at our Camp  in Mto Wa Mbu. It’s  time to celebrate !!

After breakfast you will depart from Savanna Bush Camp to Arusha, then continue with your onward going safari. 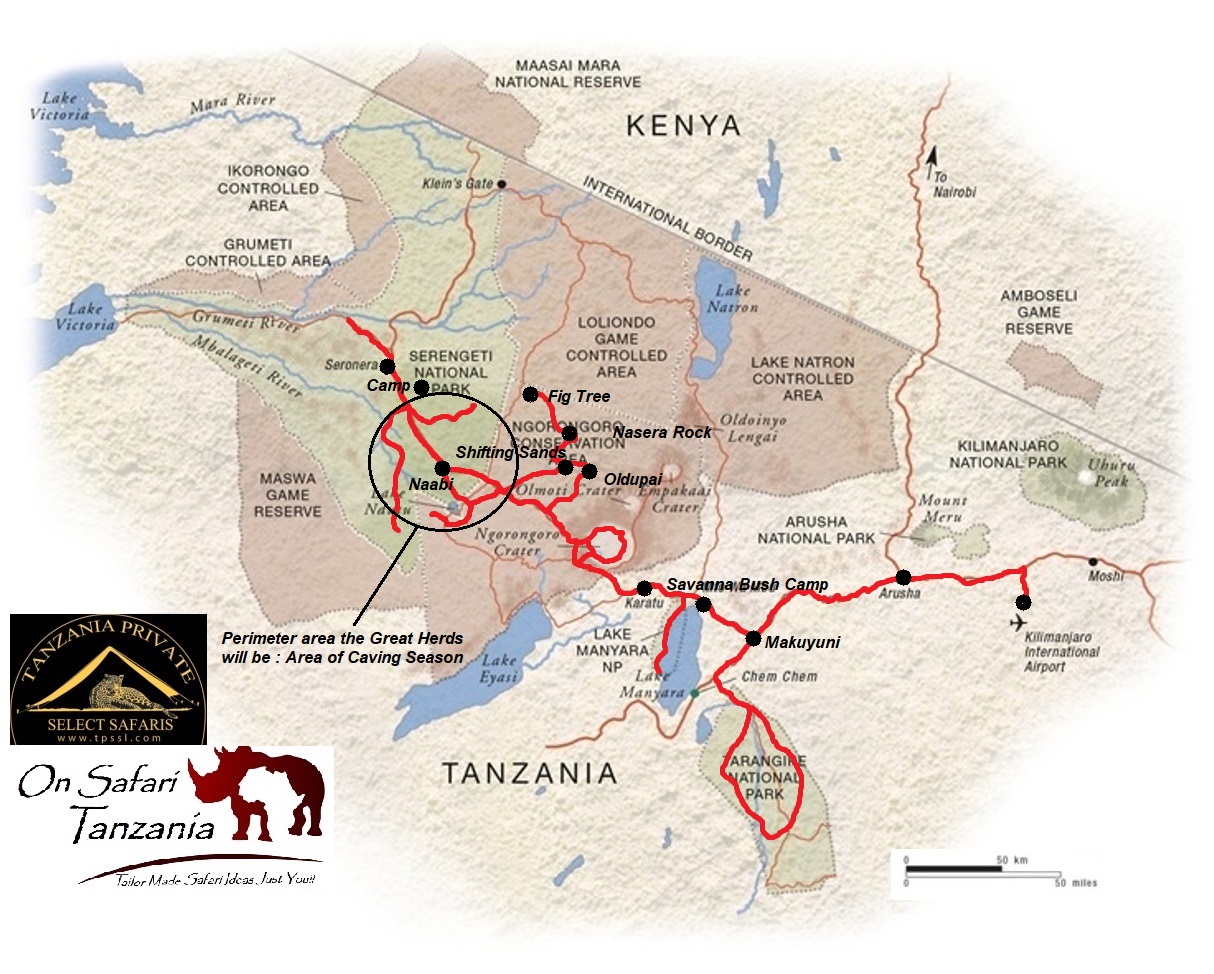