This area is also known as Amboseli South 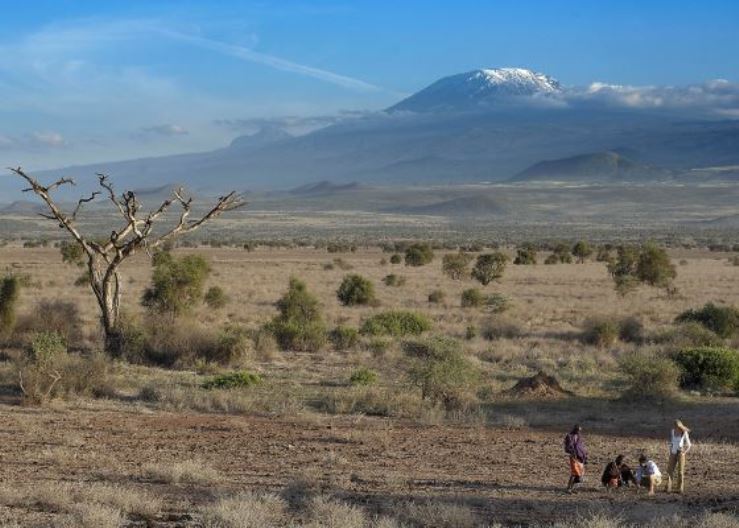 The Small Garden of Eden, home to biggest elephants in East Africa.

LOCATED in Longido District on the Basin land of the western foothills of Mount Kilimanjaro, Enduimet Wildlife Management Area (WMA) was established in 2003 with land allocated by nine villages covering an area of 1,282 kilometres.

The Enduimet WMA shares its border with Kilimanjaro National Park to the southeast, Engarusai Open Area to the west and the Kenyan border to the north.

Enduimet WMA sets a good example of a community based conservation area where local Maasai pastoralists are benefiting from tourism and conservation initiatives.

The conserved area occupies the OlMolog and Tinga Tinga wards in Longido district in Arusha region and is occupied wholly by Maasai pastoral communities. Its operation office is located at OlMolog ward in on the closer slopes of Mount Kilimanjaro.

Engasurai Open Area is the main attractive geographical feature within Enduimet WMA where animals frequently move to in search for water and hunting ground for predators.

Photographic safaris is the most and well established tourist activity in Enduimet and where tourists from various parts of the world flock to view wild animals.

The Kitendeni Corridor is located within the WMA and is a migration route for animals roving between Tsavo West, Mkomazi, Kilimanjaro and Amboseli National parks in Tanzania and Kenya.

Enduimet WMA is divided into three zones of Olkunonoi-Kitendeni

Wildlife Corridor Zone, the Engasurai Tourist Hunting Zone and the Sinya Photographic Safari Zone.  It comprises as well, the northern portion of the larger Kitendeni Wildlife Corridor, which is critical to the survival of both Kilimanjaro and Amboseli National Parks. The corridor serves as an important seasonal migration route and dispersal area for wildebeest, zebras and elephants moving between the two national parks.

The conserved Area has a very unique and extensive plains ecosystem that is home to an abundance of wildlife and is the only WMA that protects a trans boundary corridor between Kilimanjaro and Amboseli National Parks.

Ecologically, the WMA provides connectivity between the Mkomazi, Arusha, Amboseli and Kilimanjaro National Parks and the Greater Tsavo Ecosystem in Kenya.

Enduiment Wildlife Management is endowed with numerous tourist attractions.  Wildlife including giraffes, Thomson gazelles, zebras, and wildebeest, some concentrated at Engasurai plain and which looks like Ngorongoro Crater, commonly referred as “The Small Garden of Eden”.

Other tourist attractions including the “Seven Hill Sisters”: These are small hills located within the Enduimet WMA, each with different heights, but standing together, looking like sisters from one parent, born at different dates.

Tourist accommodation and recreational services are offered at different lodges and camps established inside Enduimet WMA.

At Enduimet you will get fantastic pictures of Mt.Mawenzi and Mt.Kilimanjaro with your Wildlife Subjects