Explore the park for its predators and prey till late afternoon then exit the park and proceed to Savanna Bush Camp for dinner and overnight.

Here at Savanna Bush Camp in the evening you will be entertained by local African dancers.

Taste some exotic fruits that are grown in this fertile village situated at the base of Africa’s Great Rift Valley. You will taste fruits of the season!!

Returning to Savanna Bush Camp for dinner and overnight.
You will be entertained in the evening with the Sangoma Dancers 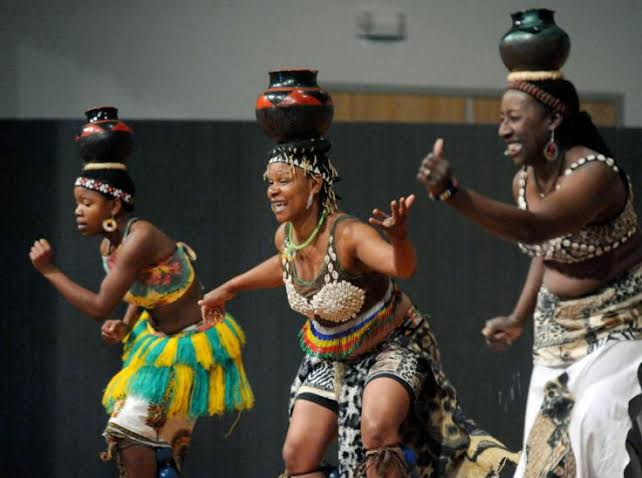 On this day of safari you will depart from Savanna Bush Camp.
From Savanna Bush Camp you will proceed to Ngorongoro Conservation Area. After Park formalities you will then enter Ngorongoro Conservation area. Driving up the outer rim of the crater, stopping at the View point to admire the caldera and get an introduction lecture in this unbroken crater and 8th Natural wonder of the world.
You will then  proceed to the  cradle of mankind Oldupai Gorge , here you will get an introduction lecture on this  site , visit the museum and then proceed to Nasera  Rock via Shifting Sands
You will arrive at  Nasera  Rock Camp  for hot lunch
After lunch you will  then proceed to our lonely friend that we got to know him  some 30 years ago .

The Fig Tree.
This tree has grown in the middle of nowhere (Read the book: Tree where man was born)
Later return to camp for dinner and overnight

Early in the morning!!!
After breakfast!!
Before the sun gets to hot!!
You will depart from Nasera Camp to Olkareen Gorge.
With your Maasai guide you will walk through the gorge.
in this gorge the Ripple’s Griffins Vultures nest.
The Maasai Tribesman bring their cattle to drink water in this gorge,when you walk through the gorge you will feel that you are walking through the Grand Canyon!!
You will then return to camp for hot lunch.
On the way to camp you may get lucky to see Cheetahs.
After lunch, you will have a rock climbing expedition.
With our Local Maasai Guide you will climb Nasera Rock
Once on the top you will get an fantastic view into Angata Kiti Plains all the way to Naabi Hill!!!
Dinner and overnight at Camp 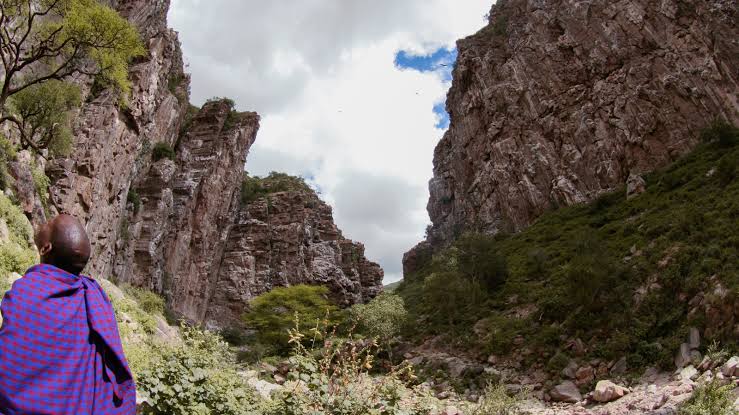 On the way to Ndutu you will visit Shetani Tree, another Tree icon on Ngorongoro Conservation Area.
Explore Ndutu Woodlands for its predators and prey then enter Serengeti National Park from Naabi Hill Gate. Via Game drives proceed to your private Camp in Serengeti for dinner and overnight

Very early in the morning of this day of safari
You will say bye to the crew and depart with your picnic lunch boxes to Ngorongoro Crater
Via Naabi Hill Gate. They will bring down the Camp and proceed to Camp in Mto Wa Mbu

After breakfast you will depart from Savanna Bush Camp to Arusha, then continue with your onward going safari
End of Safari 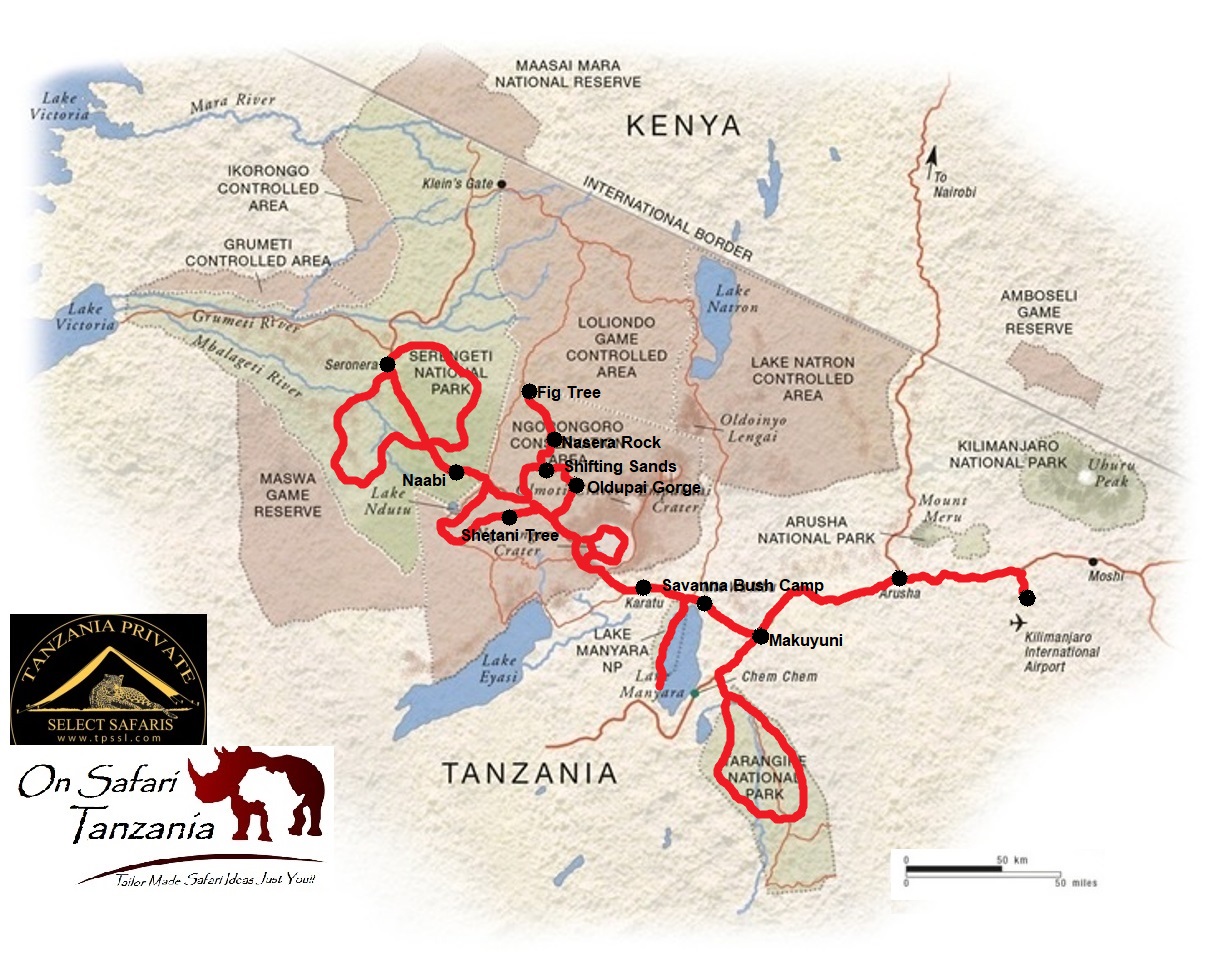