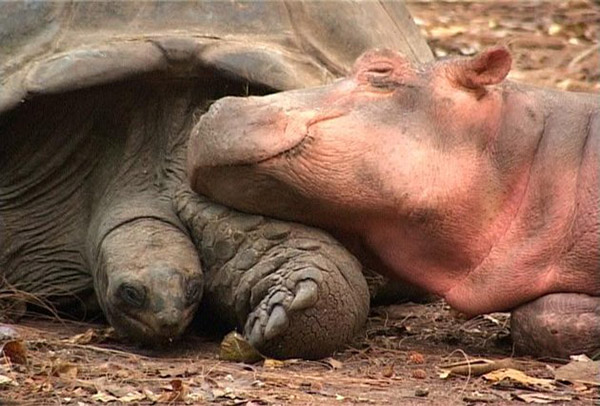 News from the Bush
A story from Ndutu Woodlands

A baby leopard can’t change his spots, but this lioness doesn’t seem to mind.

These beautiful pictures are the first ever taken of a wild lioness nursing a cub from a different species – an extremely rare event.

The pair was spotted by Joop Van Der Linde, a guest at Ndutu Safari Lodge in Tanzania’s Ngorongoro Conservation Area.

The scene is the Serengeti; the attentive mother, five-year-old Nosikitok.

The lioness has a GPS collar fitted by Kope Lion, conservation NGO, and three young cubs of her own – born around the 27-28 June.

“It’s not something that I’m aware has ever happened before between large cats like this,” he said.

“We know there are cases where lionesses will adopt other lion cubs… But this is unprecedented.

“I know of no other case – between any large cat, for that matter – where the species has adopted or nursed the cub of another species.

Most lionesses would normally kill a baby leopard if they found one, seeing just another predator in a competitive food-chain.

She was around a kilometer from her den, where her own cubs are hidden, when she found the spotted substitute.

“She’s encountered this little cub, and she’s treated it as her own. She’s awash with maternal hormones, and this fierce, protective drive that all lionesses have – they’re formidable mums,” the lion expert notes.

It is not clear yet where the baby leopard’s mother is, or if the lioness will try to adopt it full-time.

The local safari lodge says there is a resident female leopard there that almost certainly has cubs. And as Nosikitok’s prides are unlikely to prove as indulgent as she is, the best outcome for the leopard would be a safe return to mum.

Dr Hunter says his teams are on tenterhooks to see what comes next.

“It’s a unique thing; it will be fascinating to see how it unfolds. Nature is unpredictable. Up until earlier this week, we would have said ‘Nah that never happens’ – and now it happens!”

Other Stories of Rare Sightings on Safari

It not the 1st time such thing as happen  in Africa , there was a Lioness in Samburu National Park in Kenya she adopted an Oryx a few times 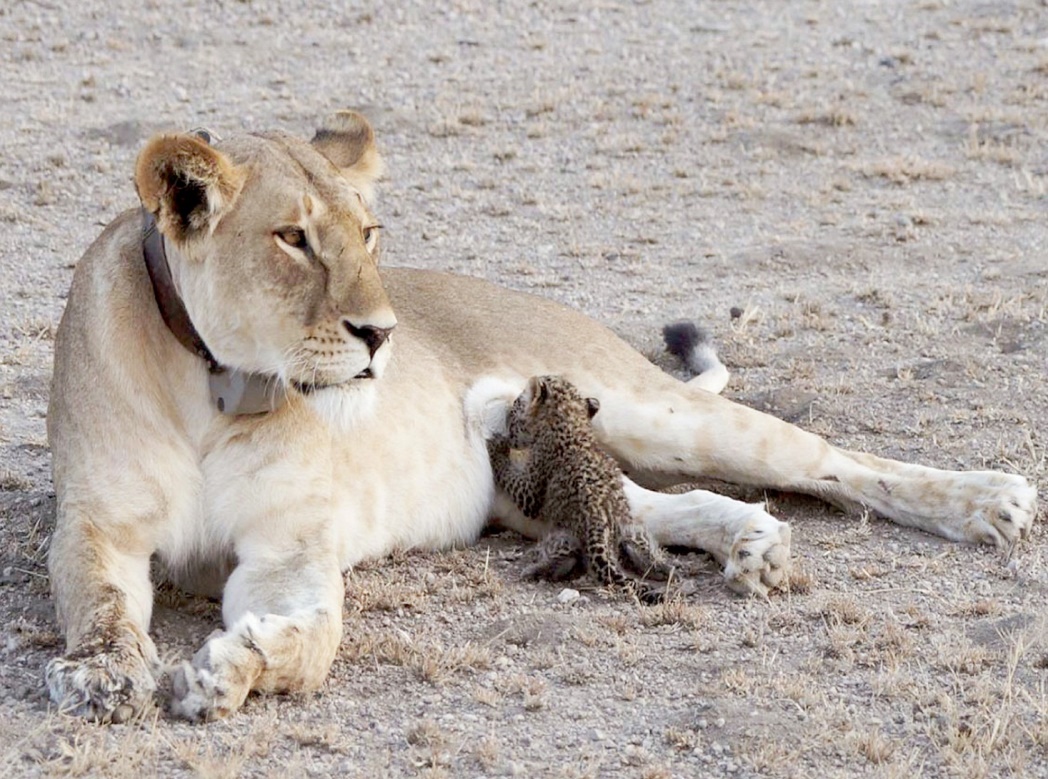 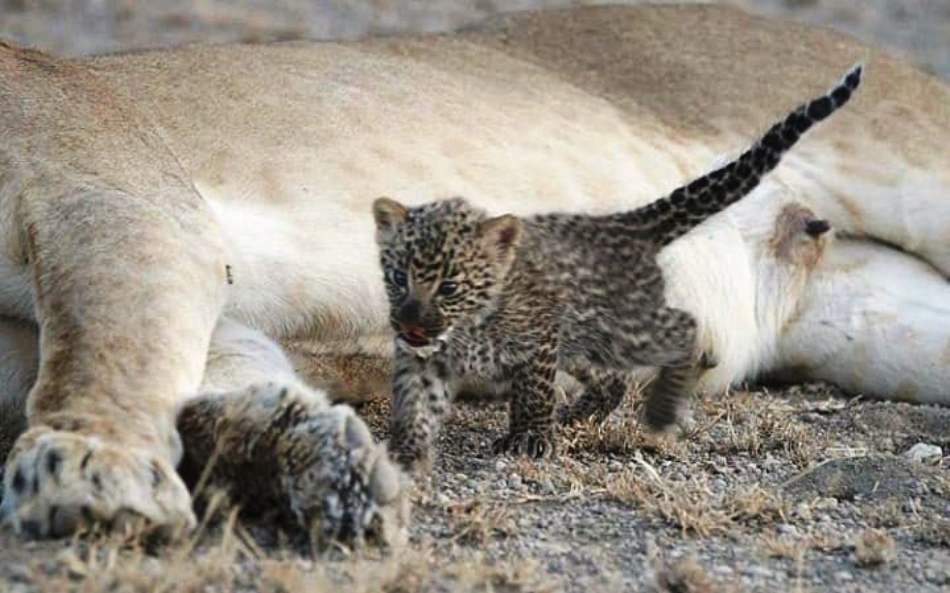 Other Stories of Rare Sightings on Safari

It not the 1st time such thing as happen  in Africa , there was a Lioness in Samburu National Park in Kenya she adopted an Oryx a few times 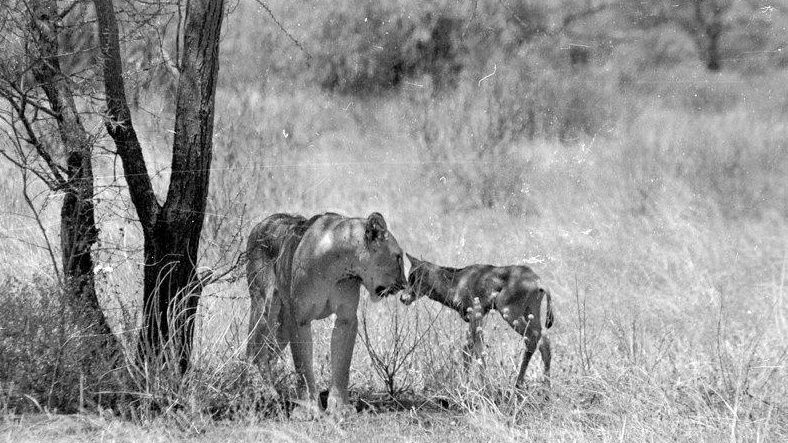 A Hippo and a Tortoise became the best friends in Mombasa They were given names, Oven Is the Hippo Calf Mzee is the Aldabra Tortoise 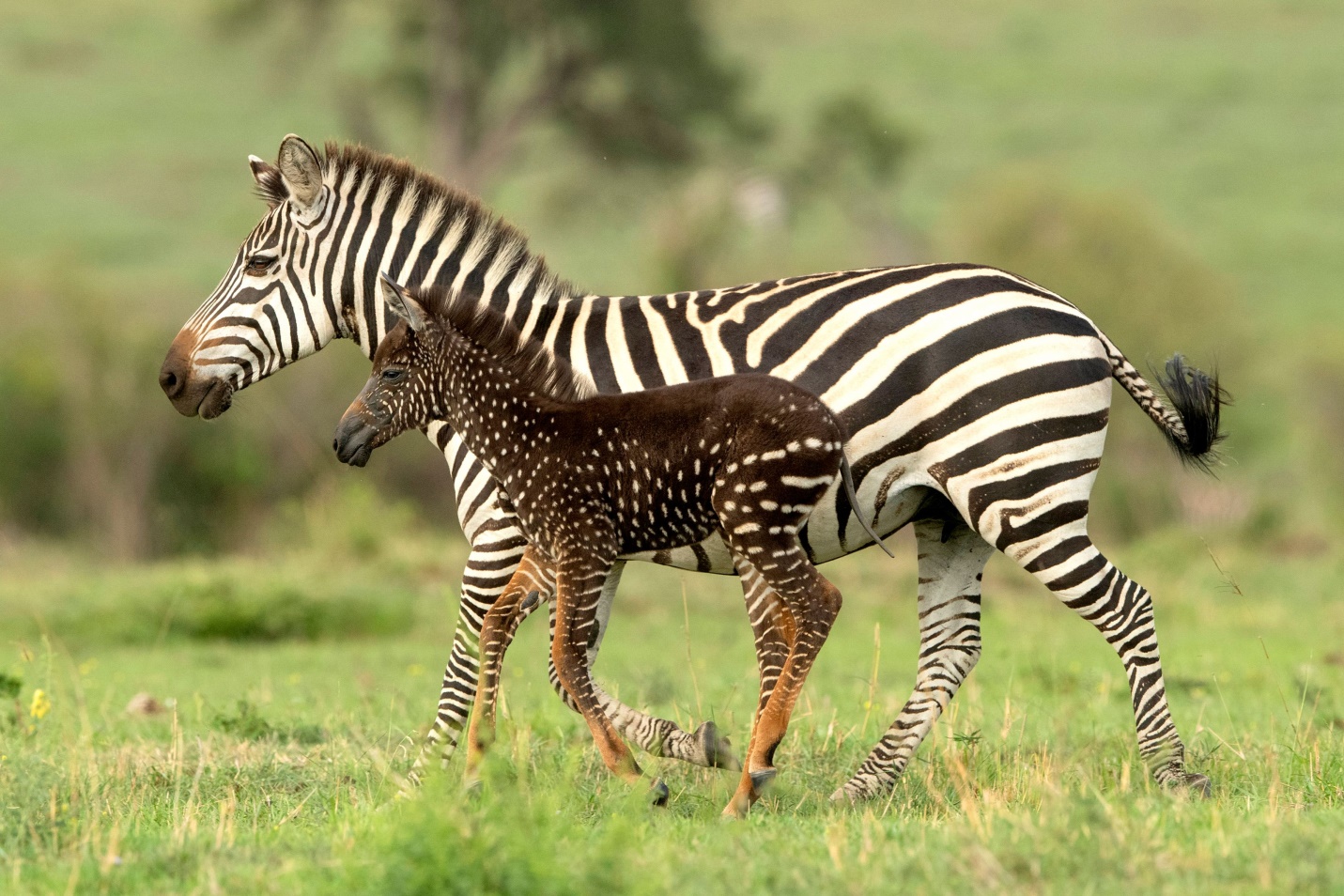 Rare to be seen on Safari (Zebra Fawn with different spots)notstripes!!! 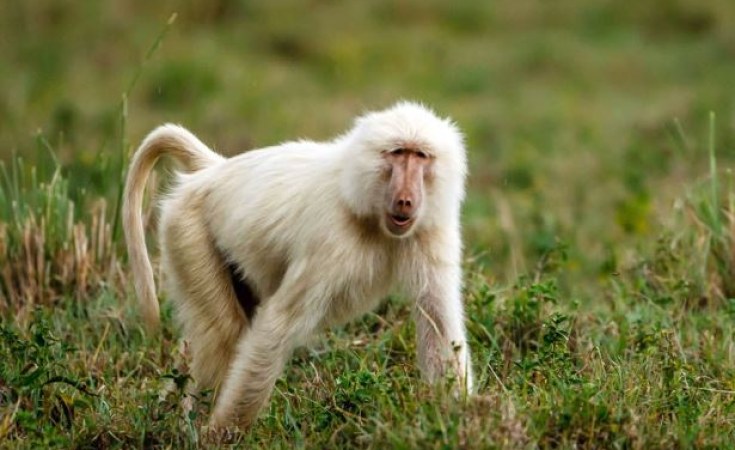